Sleep, Human Kinetics, Balance and Wellness research is what we do!

Earl Campbell, known as the “Tyler Rose,” is an American football legend and one of the most revered
and feared running backs of his time. He could tackle any team’s defense and was aptly nicknamed “the
one man demolition team” by his peers.

Campbell was born in Tyler, Texas as the sixth of eleven children in his family. He began playing football
at the age of 11, first as a linebacker and then as running back. He attended John Tyler High School
whom he led to the largest state championships. He played college football for The University of Texas,
where he won the Heisman Memorial Trophy as the most outstanding college player in 1977, becoming
UT’s first recipient of the award. He earned unanimous All-America honors his senior college season and
was the first recipient of the Davey O’Brien Memorial Trophy as the most outstanding player in the
Southwest Conference. He finished his college career with 4,443 rushing yards and 40 rushing
touchdowns in 40 games over four seasons.

He entered the National Football League (NFL) in 1979 after being drafted first overall by the Houston
Oilers (now the Tennessee Titans) and was named NFL Offensive Rookie of the Year. Campbell was
named Offensive Player of the Year and NFL Most Valuable Player by various entities in each of his first
three seasons with the Oilers, during which he rushed for 5,081 yards and scored 45 touchdowns. With
head coach Bum Phillips, Campbell’s emergence in Houston coincided with the “Luv Ya Blue” era, when
the Oilers made three straight playoff appearances. Campbell was traded to the New Orleans Saints six
games into the 1985 season, where he spent his final season and a half before retiring.

Campbell is a member of the College Football Hall of Fame and the Pro Football Hall of Fame. His jersey
number is retired by The University of Texas and the Tennessee Titans. He still actively participates in
University of Texas Athletics, where he serves as Special Assistant to the Athletics Director. In 1990 he
founded Earl Campbell Meat Products, which manufactures and sells smoked sausage, barbecue sauce,
and other food products. The company has been recognized as one of the fastest growing meat product
companies in America. He now resides in Austin and generously devotes his time to raise awareness on
Multiple Sclerosis and higher education opportunities. He and his wife Reuna have two sons, Christian
and Tyler and one grandson, Messiah.

Gary Baxter was born and raised in Tyler, Texas.  He attended John Tyler High school where football became
a passion for him with a winning record of 50-2.  He was apart of the 1994 state champion team.  A standout
football star at Baylor university who graduated with a communication degree.  Baxter was drafted out of
Baylor University by the defending Super Bowl Champions Baltimore Ravens in the second round.  The Ravens
used Baxter as a situational player his rookie year and then he started the next 3 years as Corner back, Nickle back
and Safety.  Baxter became a solid member of one of the NFL’s best defense with the Baltimore Ravens.
Baxter finished his career with the Cleveland Browns with a total of 8 credited NFL seasons.  Since retiring from
the NFL, Gary Baxter loves learning about the business world, investing in real estate, sitting on multiple nonprofit
boards and still doing continuing education with various organizations.  Baxter enjoys exercising, fishing, and hunting. 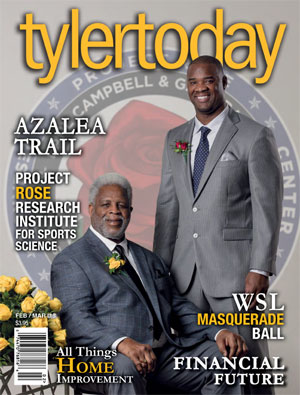